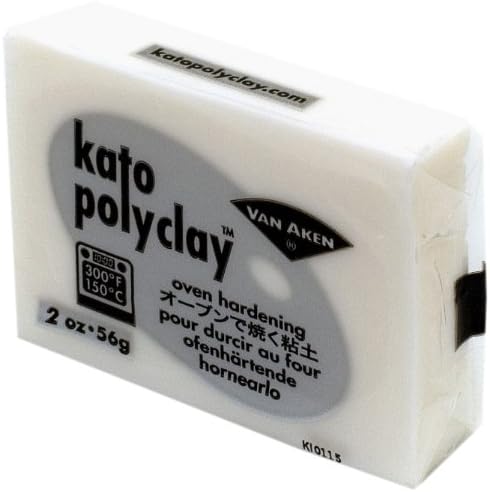 Kato polyclay is an easy-to-use polymer clay that bakes in 10 minutes to become a hard, durable material. Stronger than other clays, objects made with Kato polyclay become permanent works of art that will resist breaking and wear over time. Its versatile and smooth texture allows for detailed results for all types of work including figures, caning, jewelry, home decor, and VA12210 making. This package contains 2oz of clay. Conforms to ASTM d 4236. Comes in a variety of colors. Each sold separately. Imported.